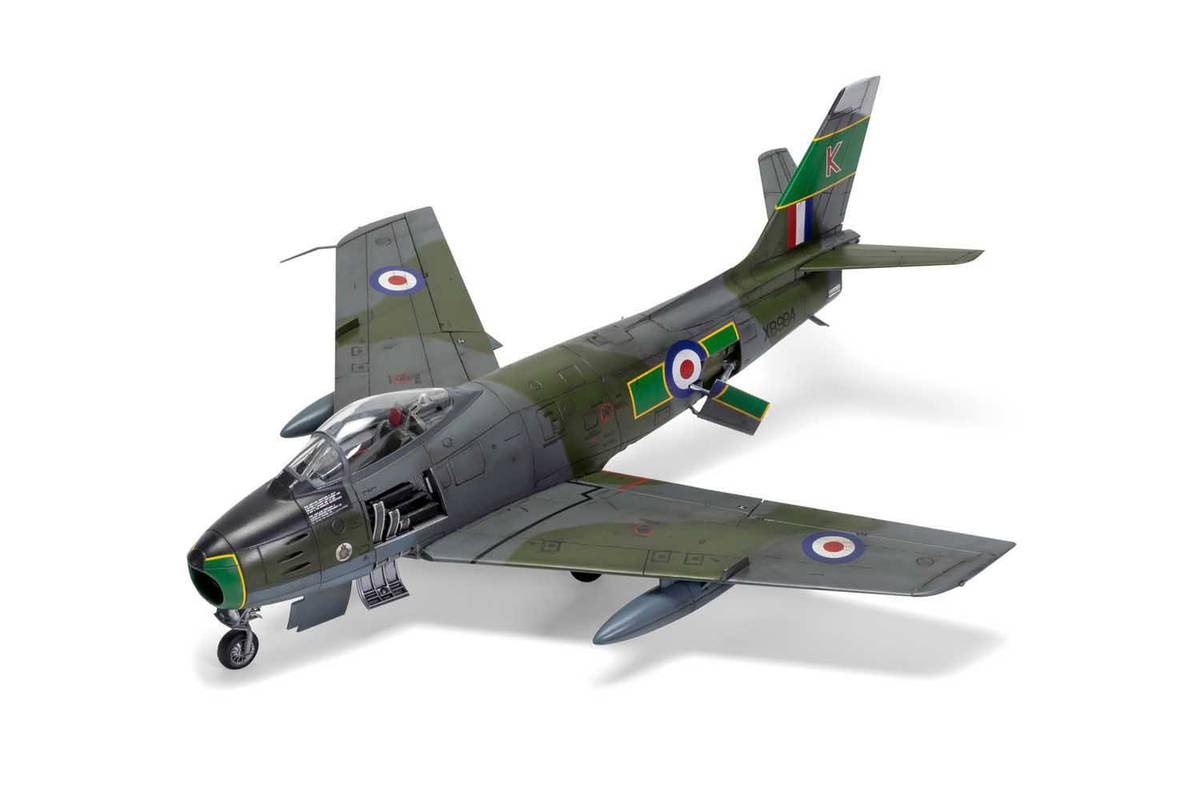 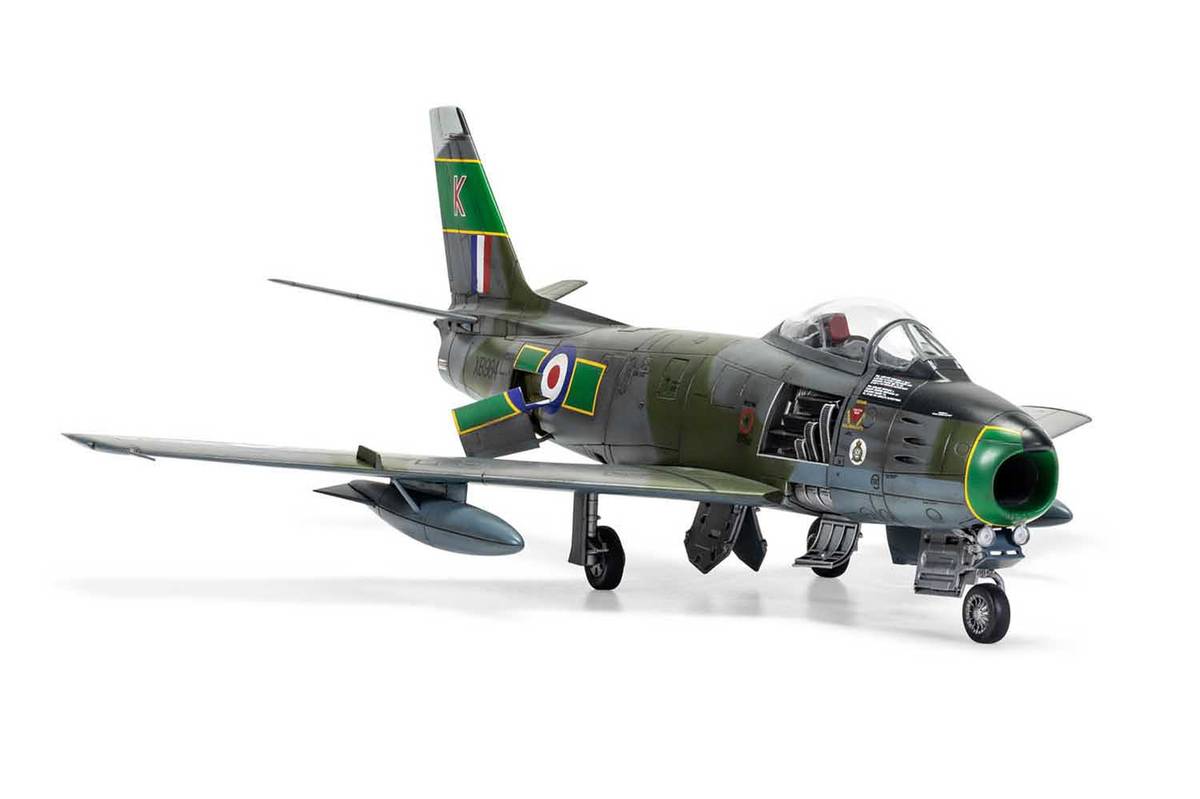 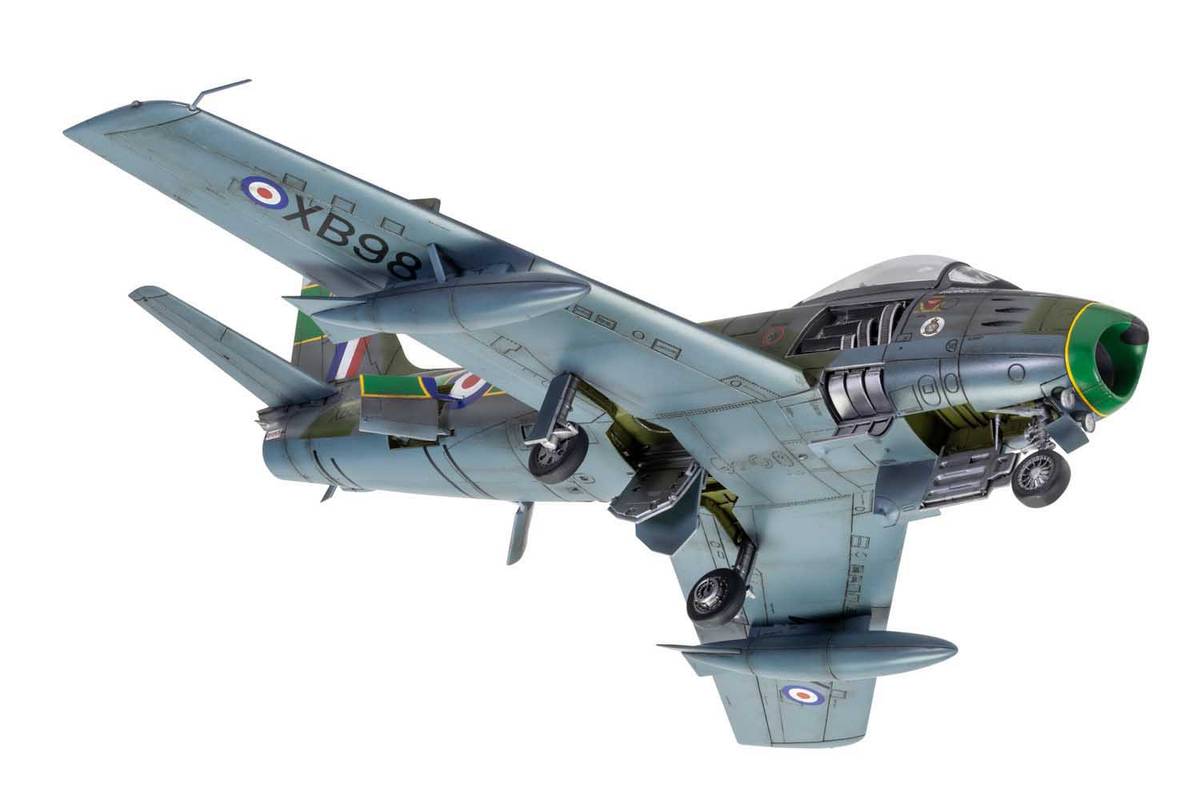 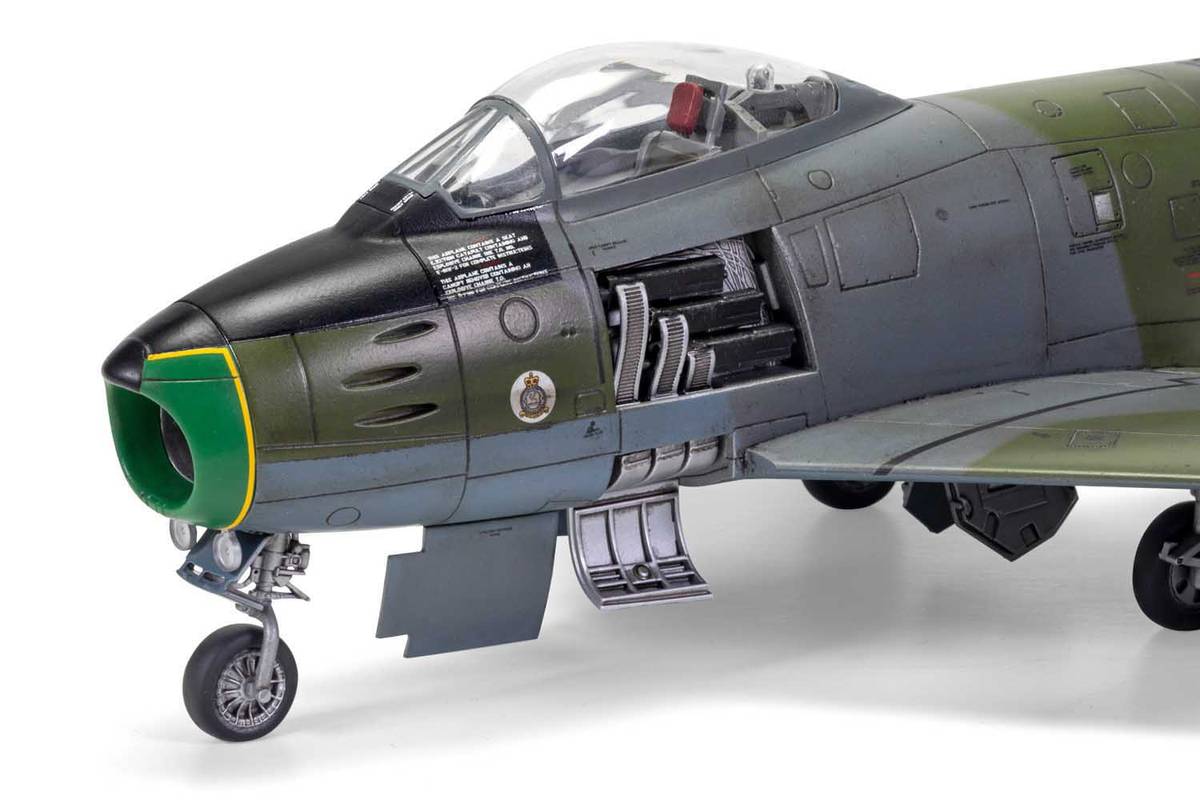 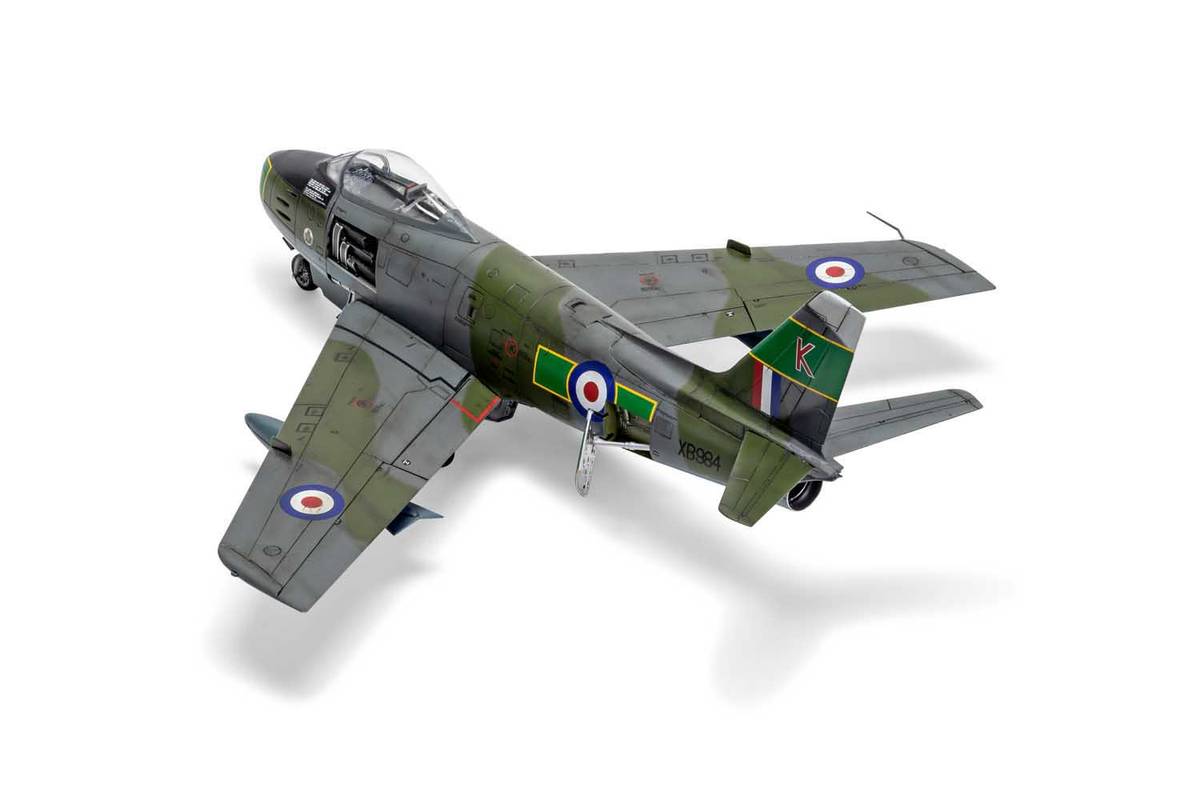 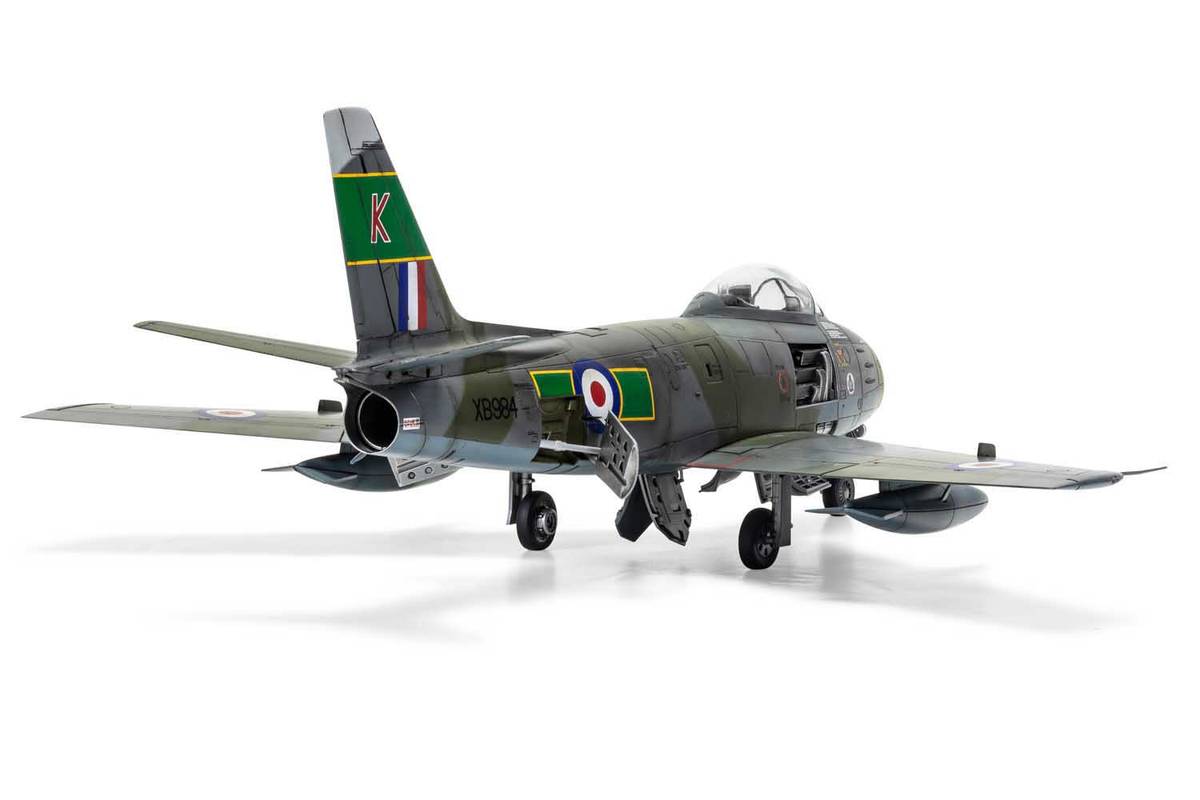 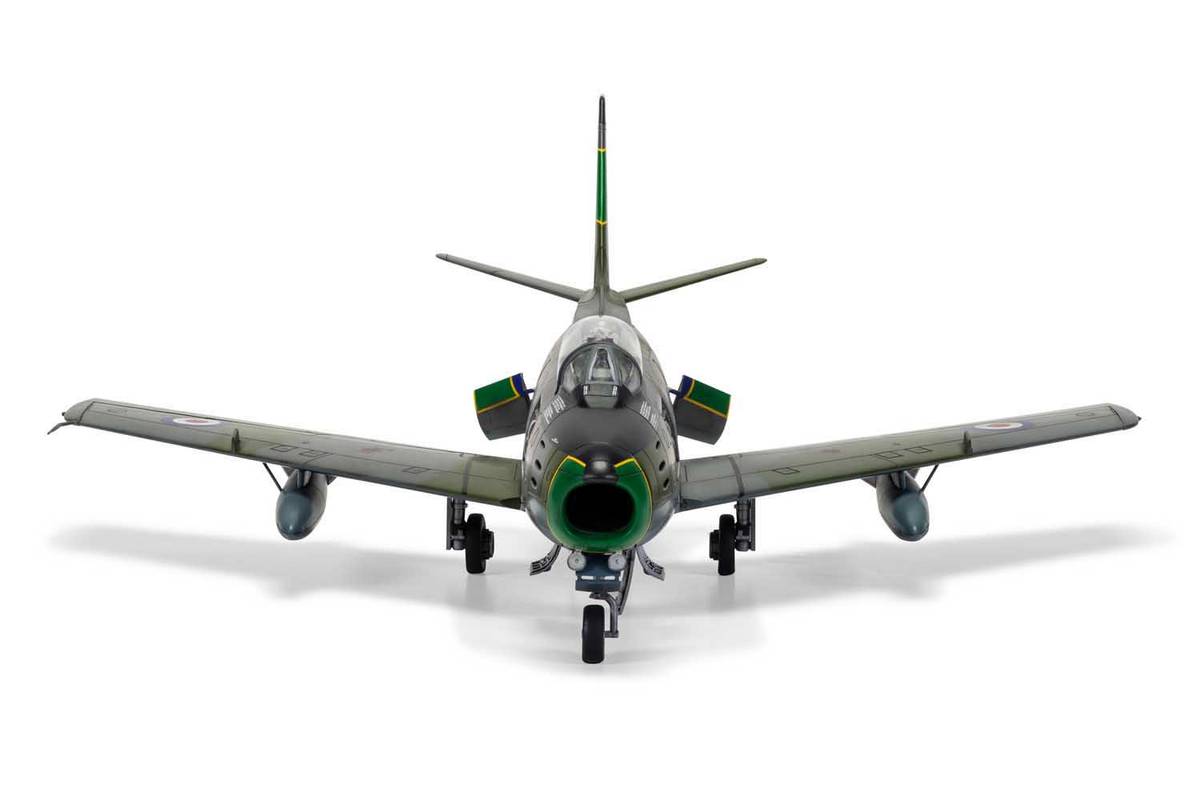 The last few months of the Second World War saw the introduction of the worlds first operational jet aircraft and with their appearance, a clear indication as to the future of aviation. Taking a significant lead in jet powered aviation technology, Germany was at least 12 months ahead of their Allied adversaries in this regard and with the end of the conflict, there was a rush to gain access to as much of this information as possible, so it could be applied to British, American and Soviet aviation projects. In the US, the aviation industry had concentrated their efforts on perfecting piston powered aviation during the war, a decision which was vindicated through the success of the P-51 Mustang and the sheer numbers available to Allied air forces. Inevitably, this would have an impact on Americas entry into the jet age and whilst their first operational jet fighter, the Lockheed P-80 Shooting Star, was an excellent aircraft, it utilised the straight wing technology synonymous with WWII designs.

With its P-51 Mustang being widely regarded as the best single engined fighter of WWII, it was not long before the designers at North American aviation applied their undoubted talents to producing a new jet powered fighter, one which would incorporate research material obtained from the German jet programme. In their quest for ever greater speed, the new aircraft featured a 35% wing sweep and beautifully streamlined fuselage, whilst retaining the exceptional pilot visibility first introduced on the D variant of the Mustang. With three nose mounted .50 calibre machine guns on either side of the fuselage, the new Sabre shared much with the attributes of its piston engined predecessor, beautiful to look at, but a deadly fighting aeroplane.

The first flight of the XP-86 prototype took place on 1st October 1947, in the hands of famous WWII Pearl Harbor Curtiss P-40 fighter ace George Welsh, who was North Americans chief test pilot at that time. Later in the development programme, an F-86A Sabre would go on to set a new world airspeed record of 670.84 mph, underlining the credentials of this important new fighter.

On entering USAF service in 1949, the North American F-86 Sabre was not only Americas first swept wing fighter, but also the fastest fighter in the world and one of the most important aircraft in the post war jet era. The Korean War would witness the advent of the first jet versus jet combat and pitch Americas new jet fighter against the latest Soviet design, the highly capable Mikoyan Gurevich MiG-15, an aircraft which possessed a great aviation pedigree of its own and one which proved to be quite a shock for Western Powers. With both aircraft possessing advantages over the other, this aerial duel would prove to be quite an even contest, with the more robust training and previous WWII experience of Sabre pilots proving decisive in the end.

Whilst US military planners were quick to publish combat victory ratios of 10:1 in favour of the F-86 Sabre, later research suggested the Sabres dominance was probably nearer 3:1, though still underlining the effectiveness of the aircraft. As one of the worlds first classic jet fighters, the F-86 Sabre was produced in great quantities and went on to serve with around 30 of the worlds air forces, as well as being produced under licence in Canada, Australia, Japan and Italy.

Out of a final total production run which exceeded 9,800 aircraft, the Royal Air Force would operate around 430 Canadian built Sabres from 1953 until 1956, as the introduction of the excellent Soviet MiG-15 continued to have an impact on NATO military strategies. With the indigenously designed Supermarine Swift and Hawker Hunter still in development, the Sabre provided the RAF with a capable jet fighter at a crucial period in world history and whilst they would only see service for a relatively short period, it bought the RAF valuable time until they could introduce their own swept wing fighter designs.