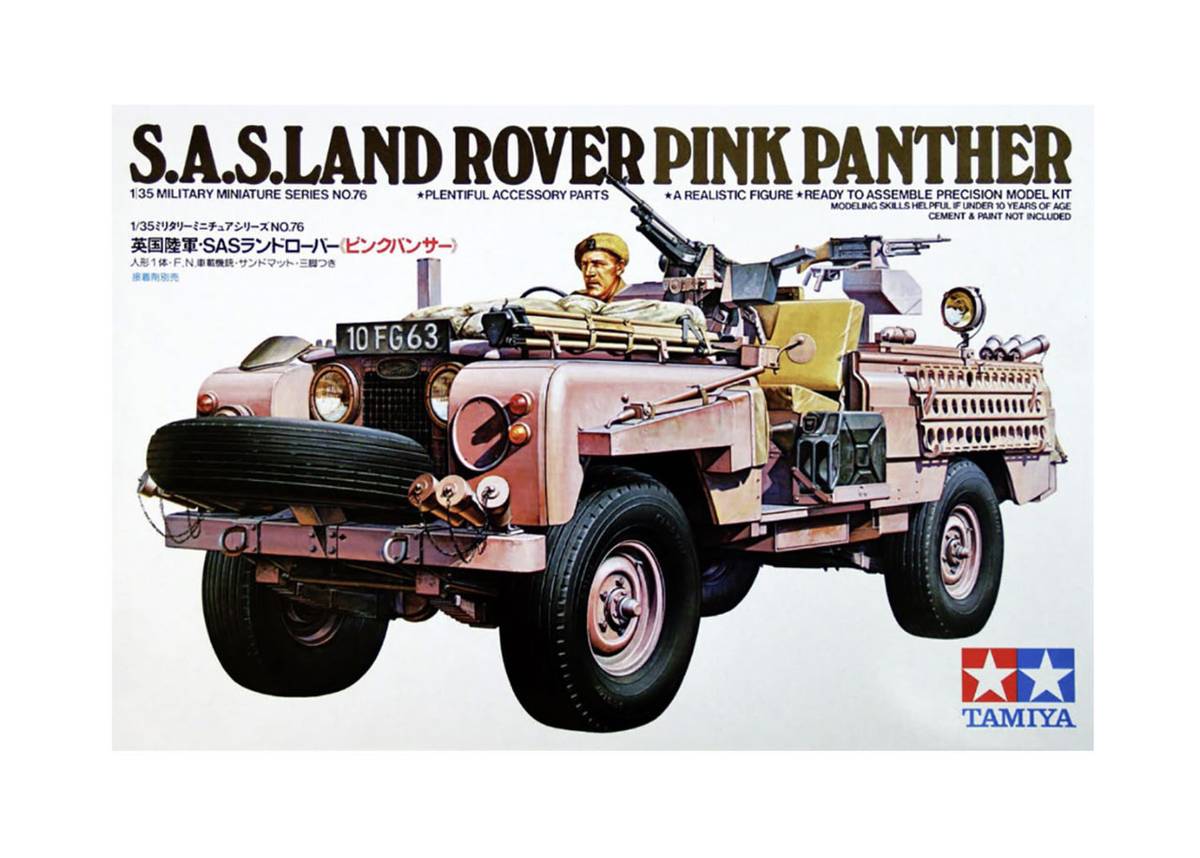 The Special Air Service Regiment is one of the most famous Units in the British Army, though it is one of the youngest, dating back to 1941. The short period since the SAS came into being is packed with action, first in W.W. II and since in many small "cold war" activities in which Britain has been involved. The SAS has a history of almost continuous combat action of one kind or another. By the nature of its activities since W.W. II, when for operational reasons its work has not been widely publicised, all sorts of legends have grown up - some of them false- about what it actually does.
In essence, the function of the SAS has not changed greatly since it was established. It is a small, highly mobile, highly trained force able to carry out surveillance, reconnaissance or attack missions.

The first use of the name "Special Air Sercive Regiment" goes back to 1940 when it was given to the first troops selected for parachute training. However the name of this Unit was soon changed to the Parachute Regiment, forming the backbone of Britain's airborne forces.

It was in the Middle East that Lt. David Stirling, a Scots Guards Officer serving with No.8 Commando, had the idea of forming a small "airborne commando", which could strkie at the enemy from behind, attack supply dumps, airfields, and other important centres, cause the maximum damage and confusion and then melt away into the desert. The conception was that the small attack force would be dropped at night, well clear of the target area, strike, then make good their escape accross the desert. They would rendezvous with the Long Range Desert Group and make their way back.

Approval was given for such a force, and Stirling picked volunteers from Commandos and other Units. The Unit was named "L Detachment SAS, Brigade", mainly to confuse the enemy, who, knew that this name had been given to paratroops training in England and might suppose that parachute battalions had now been sent to the Middle East.

During the summer 1941 the SAS unit undertook intensive training, particularly in parachuting and desert survival, and experimented with types of demolition explosive. The first raid, in November, 1941 was not a success due to high winds and poor weather, which dispersed the men during the parachute drop.

A more precise way of getting to the target was needed and one obvious way was to use the L.R.D.G. Trucks as a way of carrying the SAS to a dropping-off point where they could attack, then rejoin the L.R.D.G. patrol for return to base. The L.R.D.G. meanwhile carried on their normal task, the SAS men going as "passengers". A series of very successful operations followed, and by early in 1942 the SAS had become a force to be reckoned with.

Stirling, by now Major, designed the Regiment's famous winged dagger badge with its motto "Who Dares Wins" and this was worn instead of the badges of the Units from which they had volunteered.

For a series of raids in the spring of 1942 the SAS acquired their own 30 cwt. trucks similar to the L.R.D.G.

In the summer of 1942, the Jeep was available and from then the SAS acted more independently carrying out many sorties with its own armed Jeeps. Tamiya Kit MM-133 is a replica of one of the Jeeps, and is characteristic of the type of raiding vehicle, bristling with guns and packed with sotres and ammunition, that the SAS has used ever since.

The end of the campaign in the Western Desert saw the SAS become the 1st special Air Service Regiment, and it went on to operate in Italy. Meanwhile, further Regiments had been raised.

SAS men also aided various partisan forces in Eastern Europe, including the Albanians. Almost every counter-insurgent operation since has involved the SAS. Training is tought, and the conditions of entry are extremely stringent.

Up to the early 60's, the Jeep remained the principal vehicle, since then the ubiquitous Land Rover has been employed. Since 1970 the SAS has used a more refined conversion of the long wheel base Mk II, as depicted in this kit. This version lacks windscreen and side doors, but carries mounts for two general-purpose machine guns.

3 smoke candle dischargers are mounted at each corner of the vehicle and special equipment includes a spotlight , pioneer tools, stowage locers, and a rear tailboard extension which is used to carry stores: sand channels are another item, but other equipment, such as a radio set, is fitted depending on operational requirements. With extra fuel tanks the vehicle has a road range of 1,100 miles and weighs 3 tons fully stored and equipped. while the Land Rover is the standard patrol vehicle, SAS Units may employ other vehicles as conditions demand. In desert operations the SAS Rovers are painted to suit the terrain, a sand-pink, which has led to the nickname "Pink Panther" being applied on occasion.