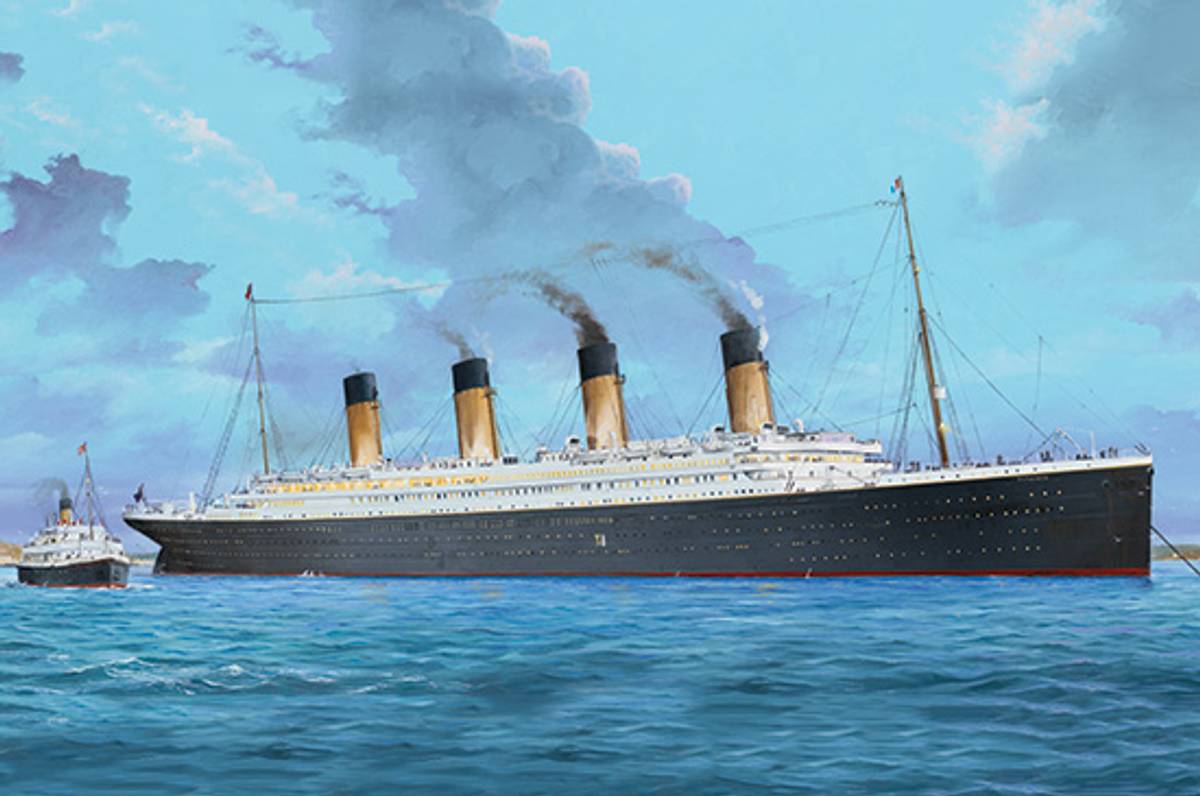 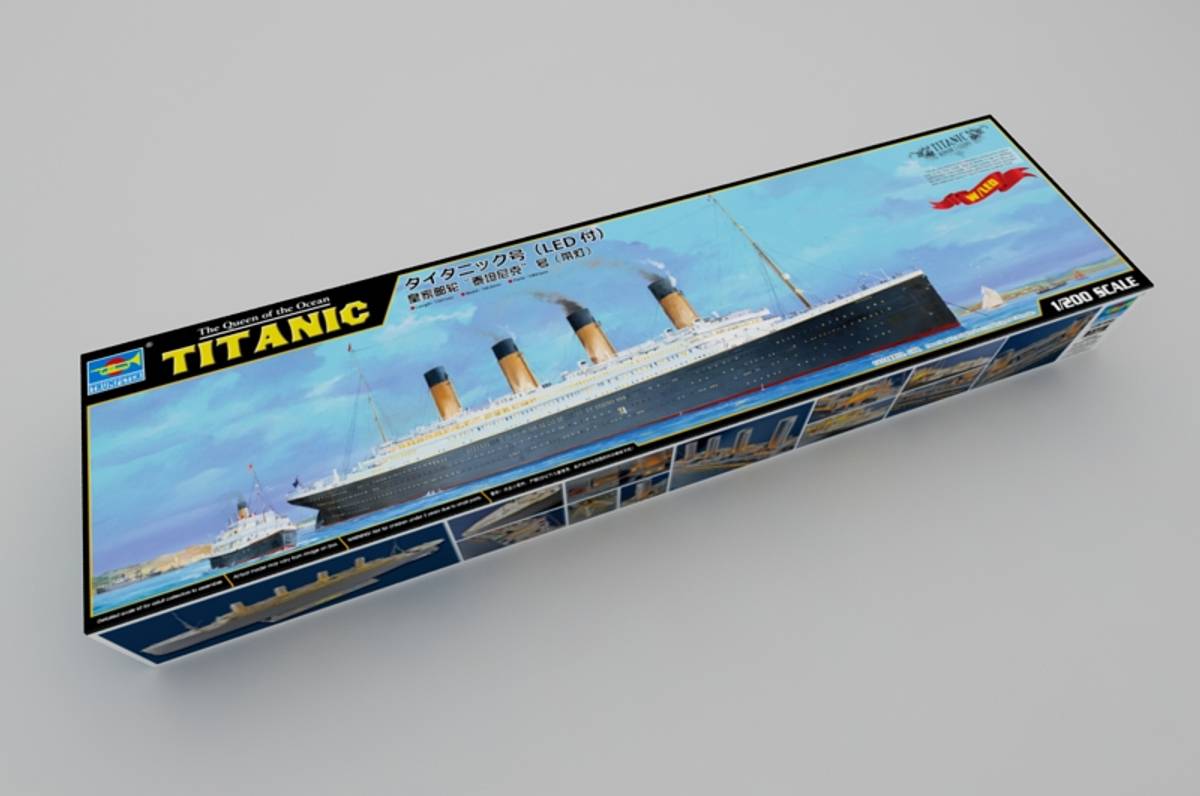 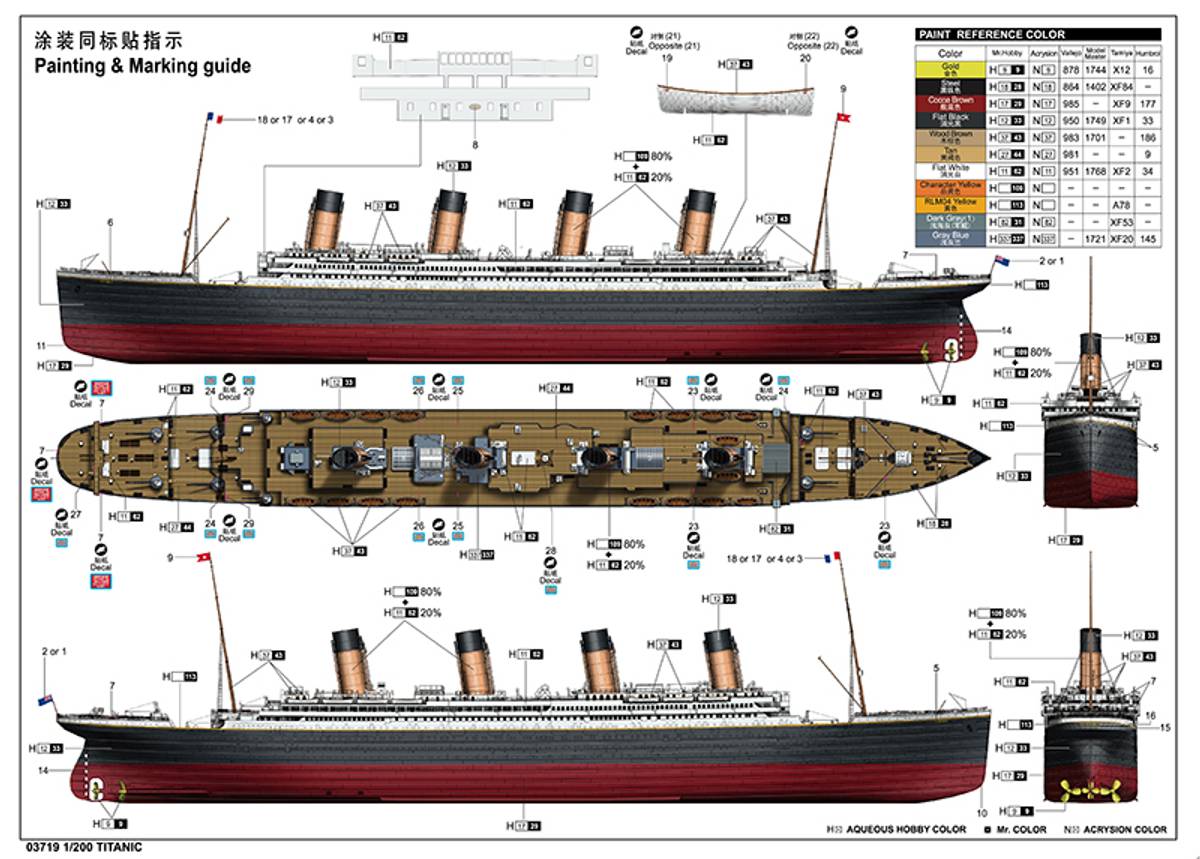 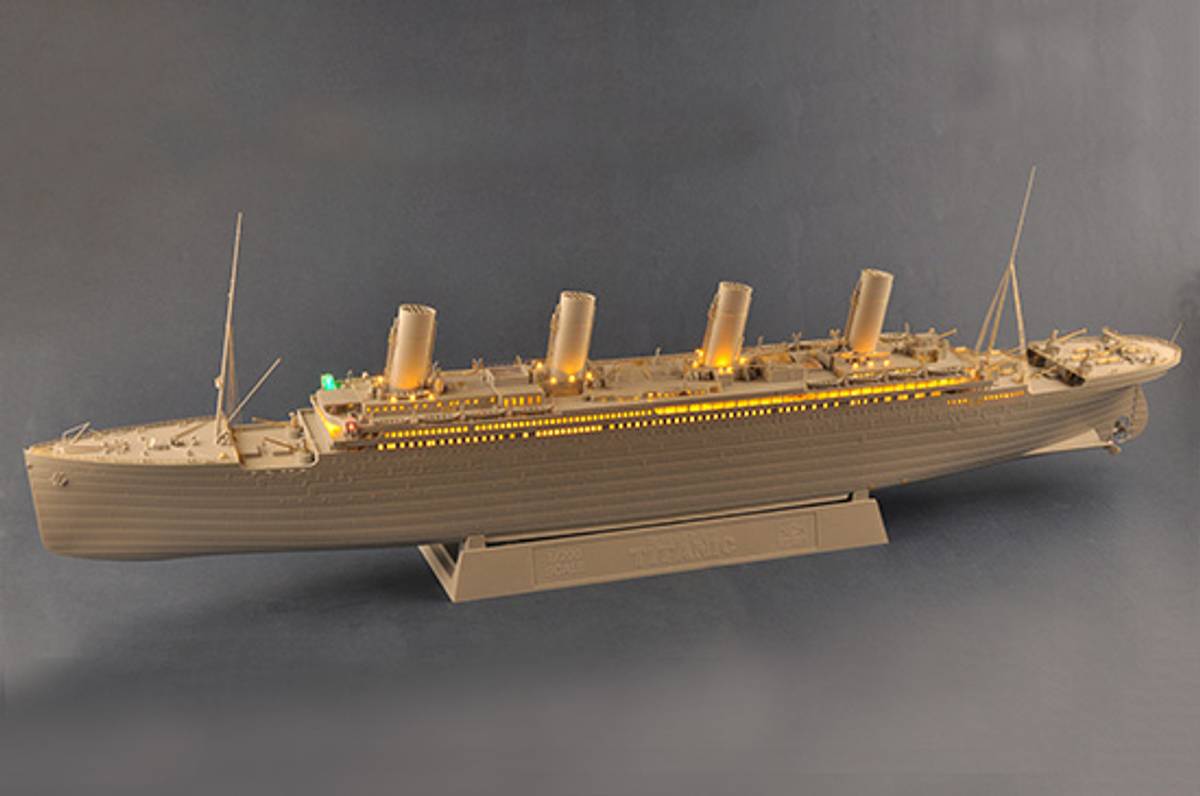 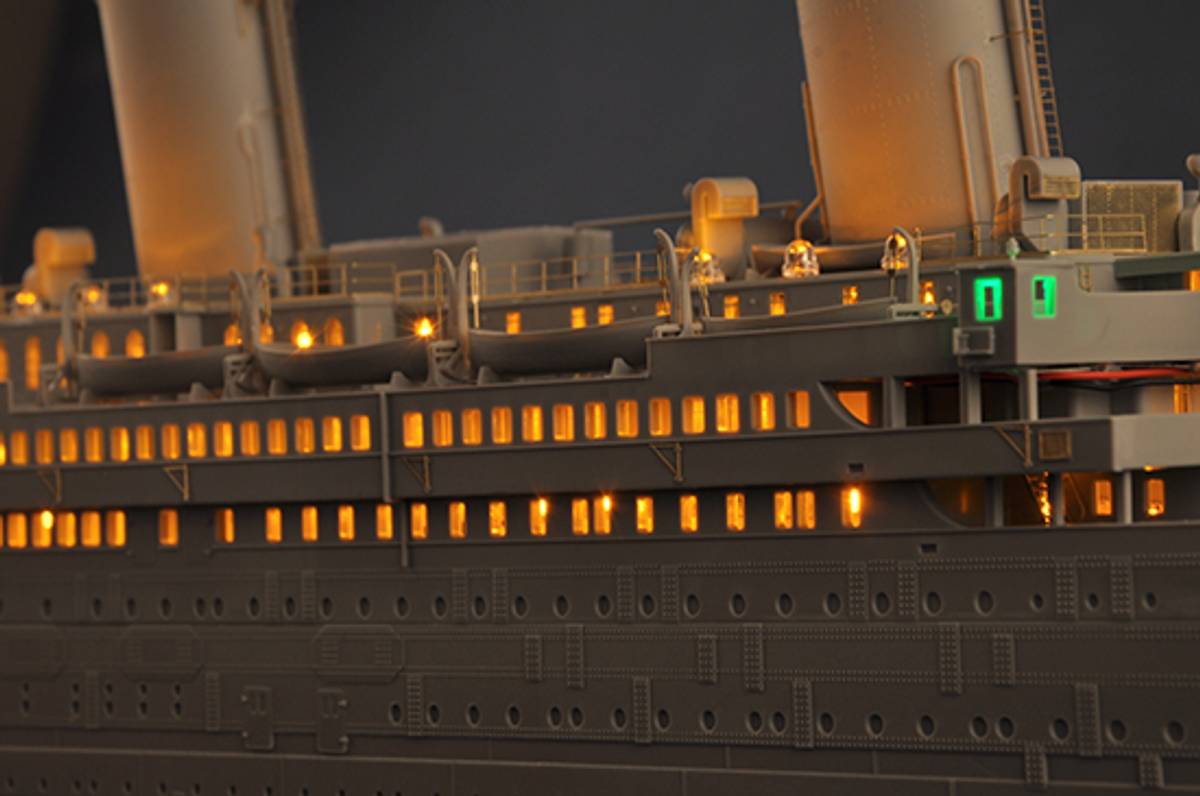 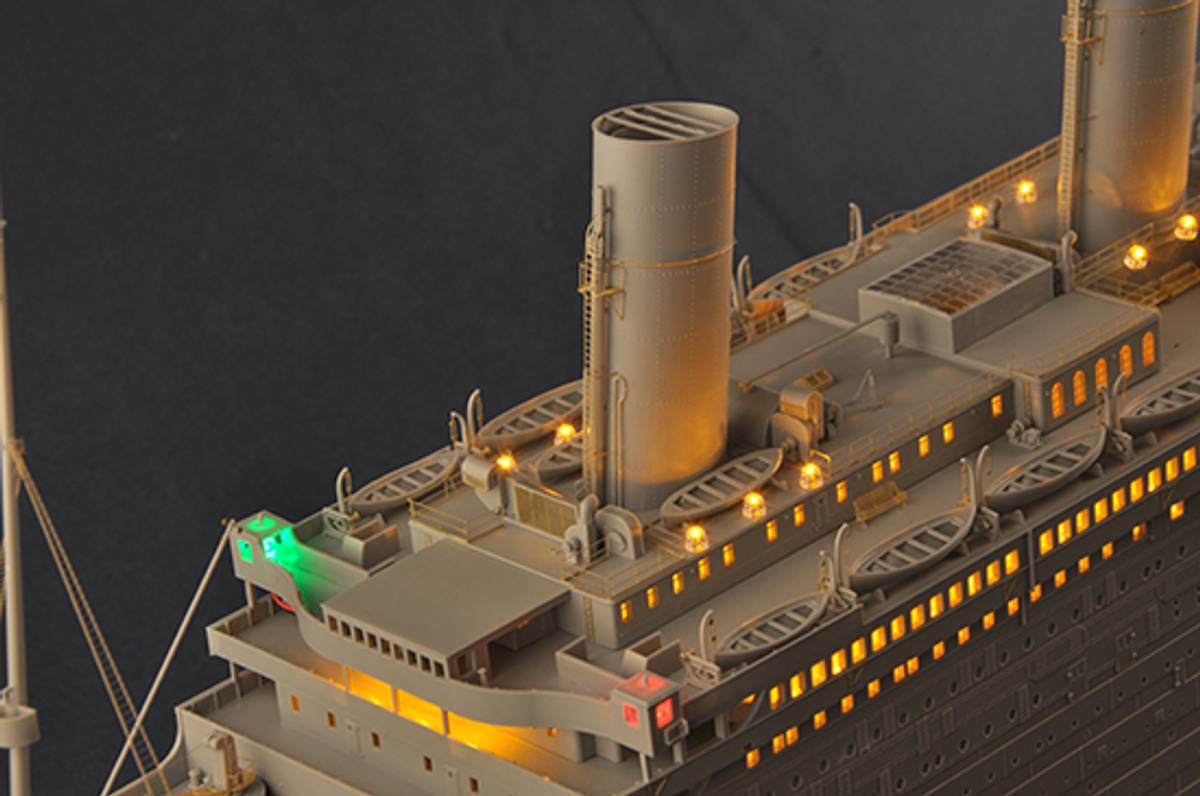 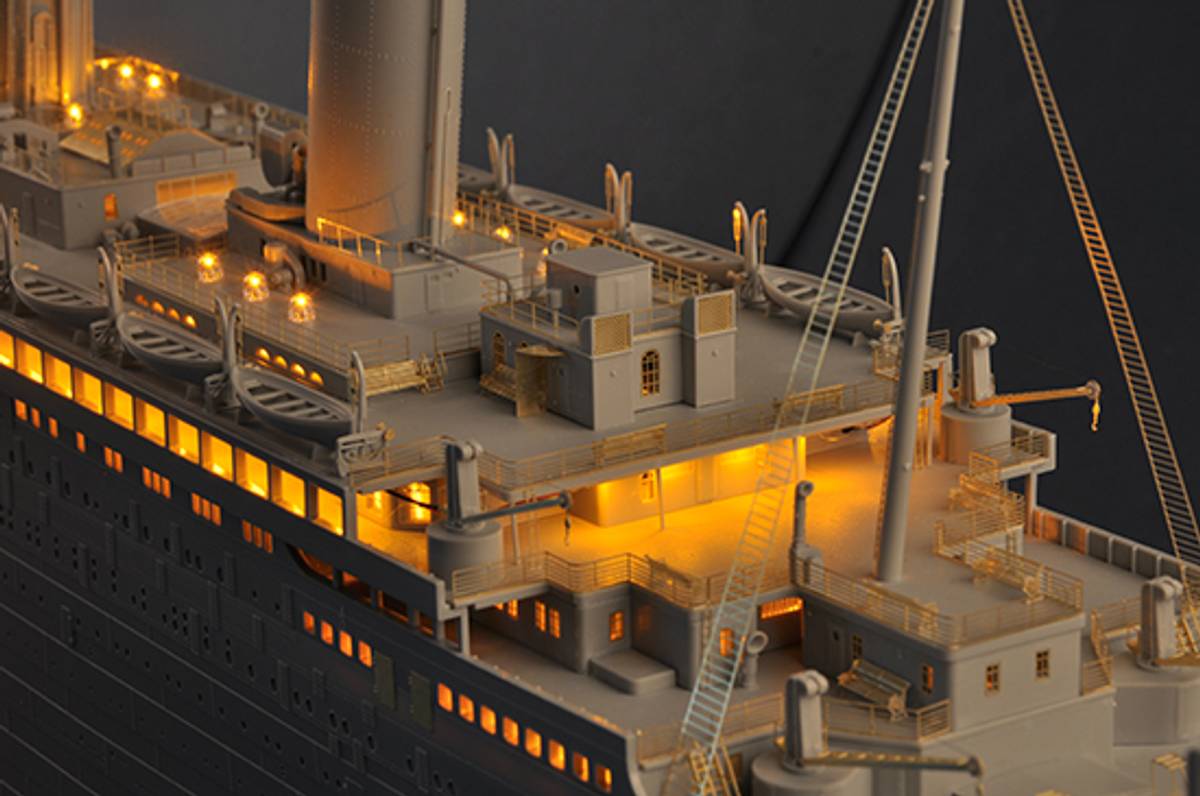 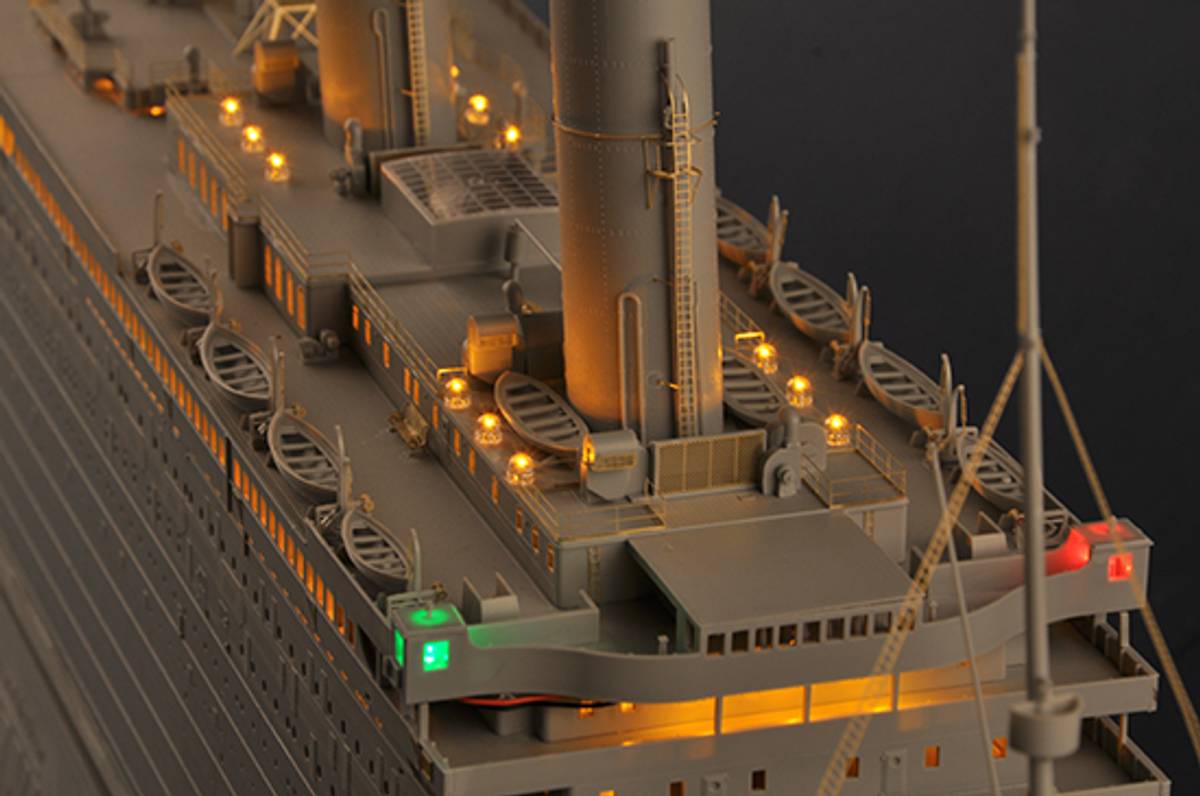 The RMS Titanic was built in Belfast, Northern Ireland, by the shipyard Messrs. Harland & Wolff.  Construction of the Titanic began March 31st, 1909, with the laying of her keel, and would continue up until her maiden voyage.  At the time of her maiden voyage, the Titanic was the world's largest ocean liner.  She was built with many safety features and was claimed to be unsinkable.  On the afternoon of April 10th, 1912, the Titanic departed Southampton, England, on her maiden voyage and headed to Cherbourg, France, followed by Queenstown, Ireland, before beginning her crossing of the North Atlantic Ocean towards her intended destination of New York, in the United States.  On the clear moonless night of April 14th, at 11:40 p.m., the Titanic struck an iceberg and began sinking by the head.  By 2:00 a.m. most of the Titanic's lifeboats were gone but many people were left on board the doomed ship.  As the Titanic's final moments approached, her bow plunged below the icy waters of the Atlantic, her stern rose out of tue water, and the unsinkable ship broke in two.  In the early morning hours of April 15th, 1912, nearly 2 hours and 40 minutes after the allision with the iceberg, the Titanic disappeared below the surface of the Atlantic Ocean . Her wreck remained lost until 1 September 1985 when her twisted and broken hull was discovered 12,480 feet down. The Titanic carried 2208 passengers and crew that fateful night and claimed the lives of 1496 people when she sank.  The Titanic became one of the worst martime disasters in history and has become one of the most famous shipwrecks.